This is the first of a series of reflections on last year's awesome bike ride, looking ahead to this year's California Dream Ride. Here goes Day One:

It's easy to look cheerful at the *beginning* of the ride, as these riders look! But truthfully, we remained enthusiastic throughout.

This year's ride starts with a tour of BiciCentro, perhaps the state’s best community bike shop. It gives participating youth bicycles and job skills, and provides great quality refurbished bikes to the Santa Barbara community. It delivers heavy proceeds to the local advocacy organization, the Santa Barbara Bicycle Coalition, earning it CalBike’s “best business model” award for 2014. Below is what the shop looks like.

The ride this day is gorgeous, and definitely the hilliest. It was the “turf” of last year’s ride which was called “Surf & Turf.”

We climbed a quiet country road toward Las Casitas Reservoir, a park not too far from Ojai nestled among beautiful hills. There, we had lunch with the Channel Islands Bicycle Club and some of us lingered longer to enjoy a killer cyclecross race!

That was the highlight of the day for me. Here’s what that looked like, from the rider’s perspective (courtesy Rick Hodgson via YouTube): 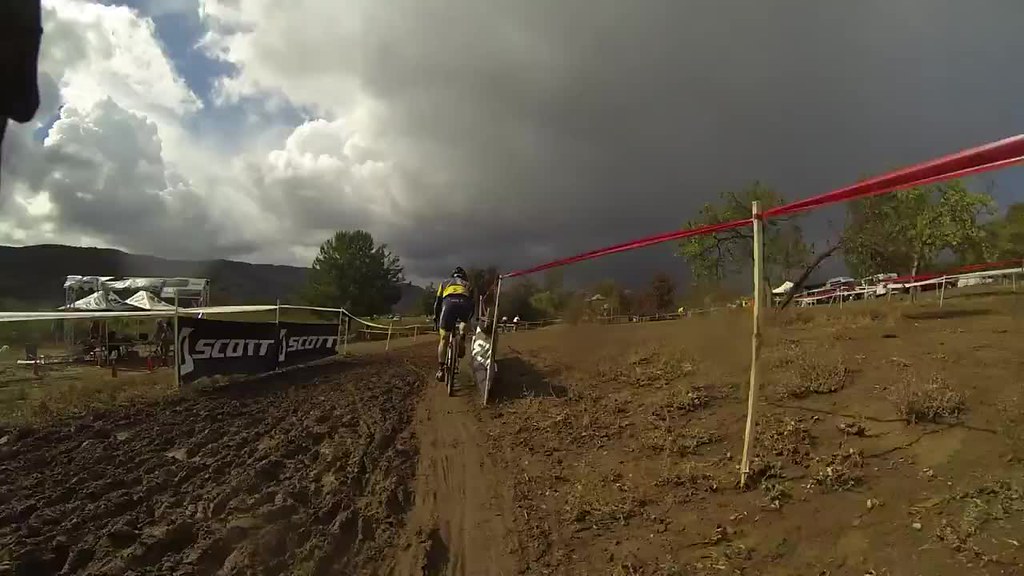 I was standing up there by the tents, enjoying the racers with a cold beer in my hand. Nice lunch stop!

The second half of the day was almost car-free. We followed the beautiful Ojai River Trail for almost ten miles. (Photo below courtesy Rails to Trails Conservancy.) It wasn’t even the first trail of the day, but it was the first sign that maybe southern California offered a great deal more carfree paths to ride on than I had expected. We rolled into the Four Points Sheraton with plenty of time to relax before dinner.

This year, “dinner” means a costume party (costumes optional) with the Channel Island Bicycle Club and the staff of VC Cool, the Ventura County bike advocates.